Currently, on Sunday evenings we are teaching through a series of messages titled “Growing into the Church.” The messages lay the groundwork for church membership. We plan to constitute our initial membership the week before Easter. 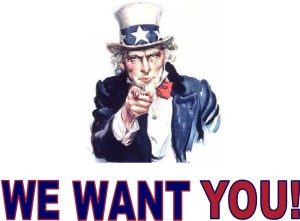 Yes, someone can be converted and enter heaven when they pass away without ever having officially joined a church. However, when you become a Christian God makes you a member of the universal Church. This should be a beautiful reality for you. When you belief in the death and resurrection of Jesus as an atonement for you sins, you become part of a world wide family of believers. But let’s be very clear about an important point, when we read about the Christians in the New Testament, we never see people who are part of the universal Church living disconnected from their local tangible church. You can get into heaven without joining a local body of believers, but you can’t live a daily biblical spirituality disconnected from a local church.

If you join Redeemer Church we will get into your life and we want you to get into our lives. Let’s be clear, no one is going to ask for you bank statement to ensure you are tithing…we aren’t a cult?! But, we will call you to regularly worship with us, live in community through our small groups, participate in service with us, tithe to Redeemer Church so that we can spread the gospel around the world, and find a spot within our church to serve (especially with the next generation), and attend Members Meetings in order to appoint officers and approve the annual budget. As you live that lifestyle, we want you to be known as well as know others.

We are going to constitute our first Members the week before Easter, but some of you might not feel led to join at that time. We pray that you would, but you might need more time to know us before you make that spiritual commitment. Josh and I don’t want you to feel condemned if you don’t join us, but we do want to keep membership in front of you as an important part of your spiritual journey.

Acts 2:44 describes the first church as “all who believed were together.” We strongly believe that God has designed us to live together, that we are better together, and thus we want to consistently invite you to walk together with us.

Living with an 8-year-old boy is a funny experience. Regularly I am walking through the house and out of no where I am lept upon by the dude as if he is a lion hunting his prey. Daily Mason stands in front of me with a glimmer in his eye, in football ready position, and says, “hey Dad, want to wrestle.” My stories of taking Judo has resulted in Mason constantly asking me if he can flip me?! The other day I heard, “wow, there is a real muscle in there?!” I came around the corner to see him with his shirt off flexing in the mirror marveling at the little apple that was popping up in his bi-cep. 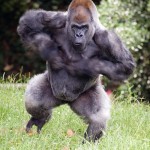 He also told this parable to some who trusted in themselves that they were righteous, and treated others with contempt: “Two men went up into the temple to pray, one a Pharisee and the other a tax collector. The Pharisee, standing by himself, prayed thus:‘God, I thank you that I am not like other men, extortioners, unjust, adulterers, or even like this tax collector. I fast twice a week; I give tithes of all that I get. ’ But the tax collector, standing far off, would not even lift up his eyes to heaven, but beat his breast, saying, ‘God, be merciful to me, a sinner! ’ I tell you, this man went down to his house justified, rather than the other. For everyone who exalts himself will be humbled, but the one who humbles himself will be exalted.” (Luke 18:9-14)

Pride versus humility are in full display in Jesus’ parable. By all earthly and human measurements the Pharisee was the more righteous. He studied and knew the Scriptures. He was a decent and just man, not cheating people like the tax collectors. He was faithful to fulfill his religious obligations and gave his tithes. If I was his father there is a lot for me to proud of…somebody raised this guy right!

But, pride is the object of Jesus’ wrath in this parable. Morality is good, but moral superiority condemns. Decency is desired, but judgmentalism brings God’s wrath. Faithfulness to the law is right, but self-righteousness will lead to a sermon illustration about you!

Jesus doesn’t desire the moral kid if he takes pride in his own morality. Jesus doesn’t want the nice kid if the kid boasts in his politeness. Jesus wants a humble broken sinner in need of his mercy.