Micah 6:8 says, “He has told you, O man, what is good; and what does the LORD require of you but to do justice, and to love kindness, and to walk humbly with your God?” God’s People are called to “do justice” but not in a way that is divorced from loving kindness or walking humbly with God. 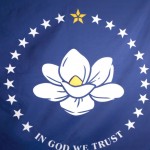 Today, by God’s grace, the United States Supreme Court has overturned their 1973 Roe v.s. Wade decision with their Dobbs v.s. Jackson Women’s Health Organization decision. I was born in 1978 and this is the most just moment in my nation’s history during my lifetime. I wonder what Abolitionist Christians felt when President Lincoln gave his Emancipation Proclamation. I feel a range of emotions and have a series of thoughts running through my head.

Third, again, this decision is the result of a half century of work. Christians need to understand that history and be thankful for it. In the early 1980s my parents worked with a group of people to start a Crisis Pregnancy Center. Normal people like my father worked for this day. He died of COVID-19 in 2020. I really miss him today because I had envisioned getting to celebrate this moment with him. ProLife workers have been shamefully demonized by the left in this country, but Christians should esteem the work they have done. I’m proud of my father’s work and look forward to carrying on the work of caring for women who experience an unplanned pregnancy. Ordinary ProLife workers should be thanked today. ProLife politicians should also be thanked. Senator Mitch McConnell should be thanked. ProLife judges should also be thanked. President Donald Trump should also be thanked. I did not vote for either Hillary Clinton or Donald Trump in 2016 because I believed both were so morally flawed I could not in good conscience vote for either. Related, I did not believe President Trump would truly be a ProLife President. However, I was wrong. In fact, he ended up being the most ProLife President. I ended up voting for him in the 2020 election based primarily on his ProLife work. Even though I believe President Trump has obvious moral flaws, on this day I am especially thankful for him and his presidency.

Fifth, and related, how people behave on both sides of this debate (including this weekend) will either be persuasive to their side or not. For example, if we see more Jane’s Revenge bullying, threatening and vandalism, I believe it will only serve to convince people of the virtues of the ProLife camp and the nastiness of the ProChoice camp.

Sixth, and related, my prayer is for a civil debate this weekend and moving forward. Personally, I hear the concern of a woman feeling like taking away abortion in her state makes her feel like a second class citizen because her pregnancy impacts her body and thus her life in more extreme ways than it does the father of the baby. Unplanned pregnancies make women’s lives more difficult. It impacts their schooling and careers. They deal with shameful judgments that men don’t have to experience. An unplanned pregnancy for a young woman is terrifying. I do not believe abortion is the answer, but I do hear the fear. My prayer is that all of us (no matter where we are on this issue) can genuinely listen to the other side and hear the concerns. My prayer is for understanding and civility not screaming, bullying, and vandalism. Dobbs does end one important aspect of this discussion, but it does not end all the discussions. Americans, let’s do this with civility and kindness so that people can actually be persuaded.

Seventh, I believe most Americans desire civility and to discuss this issue with kindness. However, I am not naive to believe that all will respond with self-control and kindness. Jane’s Revenge has made their intentions clear. Crisis Pregnancy Centers and churches need to be mindful of threats and ensure their security measures are in place this weekend. I am also calling on local police to ensure violence and vandalism are not allowed to happen this weekend.

Eighth, and finally, Christians in this moment are to walk humbly with our God. Praise Him today for enabling our nation to be a more just place. Dobbs is His grace upon us. However, the conversations I have had today have only briefly been celebratory in nature, but have then quickly turned to fears over the responses of ProChoice people. Those fears are also an opportunity to walk humbly with God and cast our fears upon Him. ProLife Christians still have much work to do persuading neighbors toward our position as well as caring for scared ladies experiencing an unplanned pregnancy. We need to humbly walk with God in order to know how to persuade and care. We need God’s grace.

God is good. God is just. God is merciful and kind. Please be safe. Please do not allow your anger to think you are justified in bullying or harming others or committing acts of violence and vandalism. Please continue to pray. Please commit to work for the care of women who have an unplanned pregnancy. Please reach out if you want to have a civil conversation.