Next year marks the 500th Anniversary of Martin Luther nailing his “Ninety-Five Theses” to the Castle Church in Wittenberg. I am a Protestant rather than a Catholic for very convictional reasons, thus we celebrate this moment in our history. Our church is not hostile to Catholicism, but we chose to be Protestant due to essential doctrines of the Christian faith. The early Protestants rallied around what became known as the “5 Solas.” “Sola” is Latin for “alone” and these doctrines outline the exclusivity of 5 essential beliefs. This article is the second in a series of articles on the “Solas” of the Protestant Reformation. 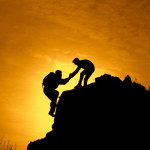 2 Timothy 3:16-17 reads, “All Scripture is breathed out by God and profitable for teaching, for reproof, for correction, and for training in righteousness, that the man of God may be complete, equipped for every good work.” This passage describes the quality of Scripture as “profitable.” It also explains the purpose of Scripture: teaching, rebuke, correction, training in righteousness/godliness, in order for people to carry out the good works they were created to do. What a tool! However, this passage also explains the source of Scripture. The Bible is not ultimately from humans, but rather from God Himself. God breathed out the Bible from within the core of his being. Protestants believe that God spoke through human authors to give us the Bible. This passage has enormous implications for the Protestant view of Scripture.

Protestants view the Bible as inspired by the God. This means we believe the Words of Scripture are the Words of God. Further, we also believe the Scriptures are infallible. The infallibility of Scripture means that in all matters of Christian faith and practice, the Bible is wholly true and useful. We have a distinction between our Catholic friends who believe Popes and even the Catholic Church are infallible. Protestants cannot find verses in the Bible to support the Catholic claims. Further, we believe the Bible is also inerrant. If the Bible comes from a holy God, then it would be a contradiction to claim there are errors in the Bible. God is holy and righteous and thus truthful, thus His Word always tells the truth and is never in contradiction with fact. If one pushes beyond superficiality, we discover that theologians understand this doctrine to apply to the original autographs. This doctrine also leaves room for relative things like grammatical constructions. The key takeaway for Protestants is that we view the Scriptures as the Word of God. God does not lie in little things and thus we can trust Him for all things.

You might be thinking, “ok, thanks for the theology lesson, but what does this mean for my life?” Glad you asked! Sola Scriptura means the Bible trumps all other authorities in our life. Sola Scriptura does not claim the Bible as the only authority but the rather the ultimate authority. For example, tradition and reason are authoritative. Wisdom says we ought to listen to those who have gone before us. I should humbly learn from Aristotle and Jefferson. I should cherish the Second London Confession and ancient liturgy. Additionally reason and science are good and helpful determiners of truth. If science says that smoking cigarettes causes lung cancer, I shouldn’t smoke them and should seek to limit their use.

However, we also know tradition and reason have their shortcomings. Slavery was an institution handed down from the ancients. Racism is not a uniquely American problem. It is a historical fact that racism and slavery are human problems. Both are wicked traditions. Further, the historical record shows reasonable and even scientific arguments were developed to justify racism and slavery. Eugenics was viewed by many as an acceptable science and its arguments were used by southerners in the 1860’s, abortionists in the 1920’s, and Nazi’s in the 1930’s! Clearly humans need something outside of us to referee our developed traditions and our attempts to discover truth through science and reason. The Word is our ultimate authority and thus a truly gracious gift from God!

The Word is a central biblical theme. In Genesis 1 God creates all that is by speaking it into existence. We read in Ezekiel 37 that the Word of God generates life. We learn that the man after God’s heart is to delight in this Word (Psalm 119:16). Leaders guide the spiritual lives of the people by explaining and applying the Word (2 Timothy 4:2).

500 years ago a glorious spark was fanned into a flame. On October 31, 1517, Martin Luther nailed his now famous “Ninety-Five Theses” onto the Castle Church in Wittenberg. Some, even now, view this flame as destructive. However, the houses it burned down needed to be destroyed. This was a purifying fire, a return to the biblical gospel. 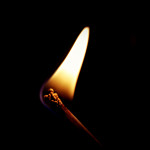 I love Martin Luther. Even his imperfections are endearing because they teach me that God uses imperfect people. Luther was brilliant and brave and certainly bombastic.  He wrote masterpieces like “On the Bondage of the Will,” translated the Bible into German, and brought the church home to the gospel. The Reformer also boldly stood up to the church when they threatened his life. He refused to recant but rather stood on the truth of the Bible and declared, “Here I stand. I can do no other.”  Luther said things like, “Be a sinner and sin strongly, but more strongly have faith and rejoice in Christ.” More than anything, Martin Luther was faithful. In fact, his faithfulness to the Word of God was used by God to purify the church’s understanding of the gospel.

The church is to guard the gospel, yet had corrupted the gospel! The Bible progressively moves forward a redemption story which climaxes in Jesus. Bread crumbs were dropped throughout the Old Testament pointing the reader to Jesus. The Law taught us we are sinners, blood was always shed for these sins, but the blood never seemed to cover all the sins. Jesus then came and lived a perfect life in order to be that perfect blood sacrifice for us. The gospel says we no longer try to earn our place in Heaven through our many good works, rather we trust in Jesus’ one good work. This gospel is not looking within for righteousness, but looking to Jesus to make us righteous.

But, in Luther’s day, these truths were corrupted. Famously, the church was selling indulgences and telling people that they could pay money in order to get themselves (and their loved ones) out of a made up place called Purgatory! These were wicked lies. People were desperately turning to the church to learn how to enter Heaven, but were being manipulated for worldly gain. Luther’s “Ninety-Five Theses” set out to debate these teachings.

Earlier in life he was a zealous monk marked by much confusion and even terror. Yet, Luther came to understand the gospel clearly through faithful study of the Bible. Romans 1:16-17 says, “(16) For I am not ashamed of the gospel, for it is the power of God for salvation to everyone who believes, to the Jew first and also to the Greek. (17) For in it the righteousness of God is revealed from faith to faith, as it is written, ‘The righteous shall live by faith.’” Initially Luther hated this passage because he thought the gospel meant God revealing his righteousness by punishing sinners and rewarding the righteous. He struggled because he knew he was not righteous but a sinner. Luther’s glorious discovery was that those who trust on Jesus passively receive God’s righteousness as a gift even though they didn’t earn it! The gospel is about believing in Jesus’ good work and thus receiving God’s righteousness!

This Fall we will celebrate the 500th Anniversary of Luther’s posting of the “Ninety-Five Theses” with a series of articles on the Five Solas of the Reformation. These Word-saturated gospel-grounded truths are why we are proud Protestants. These doctrines are the answers to the most important questions. As you read these articles, I pray the fire of your own heart is enflamed by the pure gospel.

Periodically I do a little book review in order to equip readers for the practical works of service the Lord provides each of us (Ephesians 4:12). Parents, particularly fathers, we are called to pastor the hearts of their children. Long before there were church buildings and paid pastoral staff and organized Sunday School programmes, children had parents who taught them the truths of God’s Word and how to faithfully live according to those truths (Deuteronomy 6:4-9). Today I want to share with you a resource that has blessed my family as well as how we use the book. 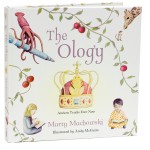 “The Ology” is written by Marty Machowski and is beautifully illustrated by Andy McGuire. If you are familiar with Systematic Theologies then you will recognize that the book is organized along traditional Systematic Theology categories. It is divided into 11 sections spanning 71 chapters. The chapters are only a couple of pages long. The sections include “The Ology” of: God, People, Sin, Promise and the Law, Christ, Holy Spirit, Adoption into God’s Family, Change, Church, End Times, and God’s Word.

I love its intentionality to grab the larger redemptive message of the Bible. It is helpful that each chapter is only one to two pages in length, thus can be read in just a couple of minutes. The Adoption section is a strength because it helps children understand what the gospel accomplishes in our lives. My favorite section is the seven chapters on Change. This book explains spiritual growth and sanctification from a distinctively biblical approach as well as a gospel-grounded approach. Children, like adults, need to know how to live faithfully as well as what to do when they mess up.

After our two children bathe, brush teeth, and get into PJs we give 15 to 20 minutes to praying, talking, reading, and singing. We vary our reading, but lately it has been to read a biblical type reading (like “The Ology”) then something fun. Our readings stir up good conversation, but we also take time to simply take about their days. I then pray for the kids, and my wife sings with them. Most nights I spend time with the children separately but some evenings I gather both of them together. It can feel chaotic at times and some nights we skip, but I have to admit that it is my favorite part of my day.

Last Spring I began reading “The Ology” with my 7-year-old daughter during our bedtime routine. She reports that she loves the pictures. McGuire provides truly beautiful illustrations. Apparently my daughter is concentrating as I read because she said that she loves the “detail” of his pictures. The way Machowski explains complex ideas is also a highlight for her. My daughter told me that she gets into each little explanation and really understands what he is saying. Finally, my 7-year-old also said she loves the verses he provides in each chapter.

Even as I write these words I am blown away by the impact this little book has had on my little girl. I cherish these biblical truths and I cherish time discussing them with my daughter. Dads, especially if you have a preschooler or a young elementary student, I commend to you “The Ology.”