(17) “But when he came to himself, he said, ‘How many of my father’s hired servants have more than enough bread, but I perish here with hunger! (18) I will arise and go to my father, and I will say to him, “Father, I have sinned against heaven and before you. (19) I am no longer worthy to be called your son. Treat me as one of your hired servants.”’ 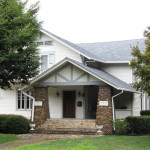 Luke 15:11-32 is the story about a wild son whose selfish loveless heart produces reckless living. He shockingly asks his father to cash out his property in order to get his inheritance early. He would rather his father be dead so he can get his stuff. He took that money and lived like a brute with no regard for virtue. He lives opposite of John 8:42 which says, “If God were your Father, you would love me.” He rejects the truth of John 14:15 which says, “If you love me, you will keep my commandments.” This animal-like kid does not love his earthly father, and does not keep his earthly father’s commandments. This is a heart issue that points back to his lack of love for his heavenly Father. This selfish, loveless, animal-like behavior is the result of not loving his heavenly Father.

But, by God’s grace, “he came to himself.” The brokenness in his heart doesn’t lead to depression, but to repentance. Broken repentance should mark your life. We don’t use the word “repentance” in our everyday lives, it is sort of a hardcore Bible term. It is the idea of saying, “I’m wrong here.” God’s way is one path, but I am going down another path. Repentance is honestly and even emotionally hating the condition of your heart about something, then believing that Jesus’ way is better, and resolving to walk down his path. He resolves to confess his sin to his father, and heads for home.